Festival 500 has announced the winners of the floats for the AES 500 2022 Festival Parade. The floats were judged on several different criteria and were evaluated by a panel of judges. The floats are honored for their recognition and tradition as no cash prizes are awarded.

The 2022 AES 500 Festival Parade Float Honors go to the following: 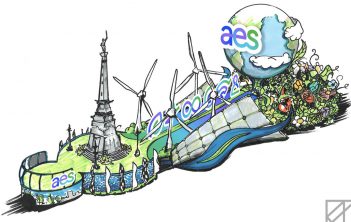 Float: Accelerating the future of energy, together.

The description: AES, the title sponsor of the AES 500 Festival Parade, brings power to downtown Indianapolis with its 85-foot-long float with wind turbines around the Soldiers and Sailors Monument honoring the 1,500 employees of ‘Aes who live in Indiana! 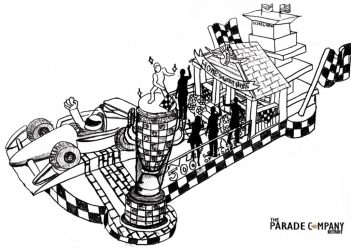 The description: Let’s celebrate the 106and The race for the Indianapolis 500 presented by Gainbridge is the Indianapolis Motor Speedway. On the float are Matt and Maggie Novak, winners of this year’s 500 Spectacle of Homes contest. They will be joined by Michael Donohue, son of driver Mark Donohue, who was Team Penske’s first champion driver, and Karl Kainhofer, the team’s chief mechanic. 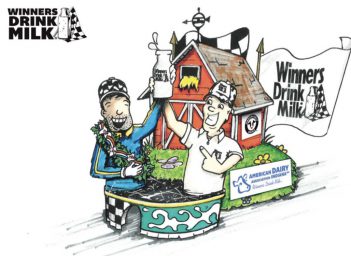 The description: The American Dairy Association of Indiana’s larger-than-life float honors the tradition of a festive milk handover from an Indiana dairy farmer to the winner of the Indianapolis 500 at Victory Circle. Two Indiana dairy farmers, Time Haynes and Kerry Estes will ride the float, representing the state’s more than 700 dairy farm families. 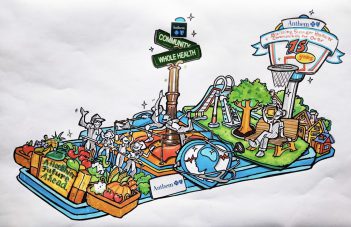 Float: A healthier future ahead

The description: Anthem Blue Cross and Blue Shield’s celebration float reflects their promise to take a broader view of health and fight for a healthier future. This celebratory float pays tribute to Indiana’s frontline heroes during the pandemic, the power of neighbors and Indiana’s passion for sports and basketball. 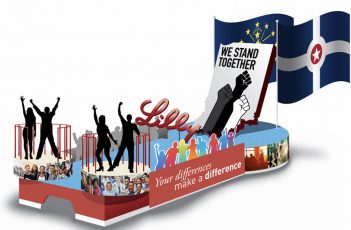 Float: We all fight together

The description: In 2020, Lilly launched its Racial Justice Pledge with a mission to advance racial justice for black and other marginalized Americans and in the lives of patients. To commemorate the commitment to diversity, equity and inclusion for all, their float features the words “We Stand Together”. 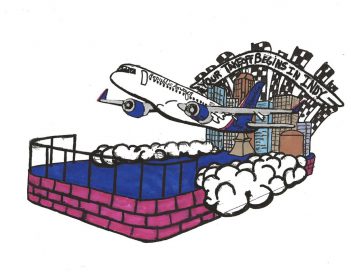 Float: Your take off starts at Indy

The description: The 28-foot-long Republic Airways – LIFT Academy float glides through the streets of Indianapolis in this year’s parade. Rooted in Indianapolis for nearly 30 years, Republic Airways is an innovative leader in the airline industry, operating 1,000 daily flights, many of which depart from Indiana.