With 2 runs on Saturday, the club won their first run with a time of 01:05:02 which left them in second place.

They improved their game and came first in the second run with a best time of 01:02:08, which put them at the top of the standings going into Sunday’s final.

There were 10 teams in the club category and the fastest four reached the final. While the windy conditions made it difficult for the boats to line up at the start line, they managed to stay focused and won the gold medal after a hard race.

“We are truly proud of our achievement and I would like to thank every member of our team who worked hard to make this happen with a special word of thanks to Julie Doyle who coached the team in preparing for this event.

“We will be racing again on June 12 at the IDBA Barrow Dragon Boat Regatta at Carlow Town Park, where teams from across the country will compete in 20-man boats over a distance of 500m. 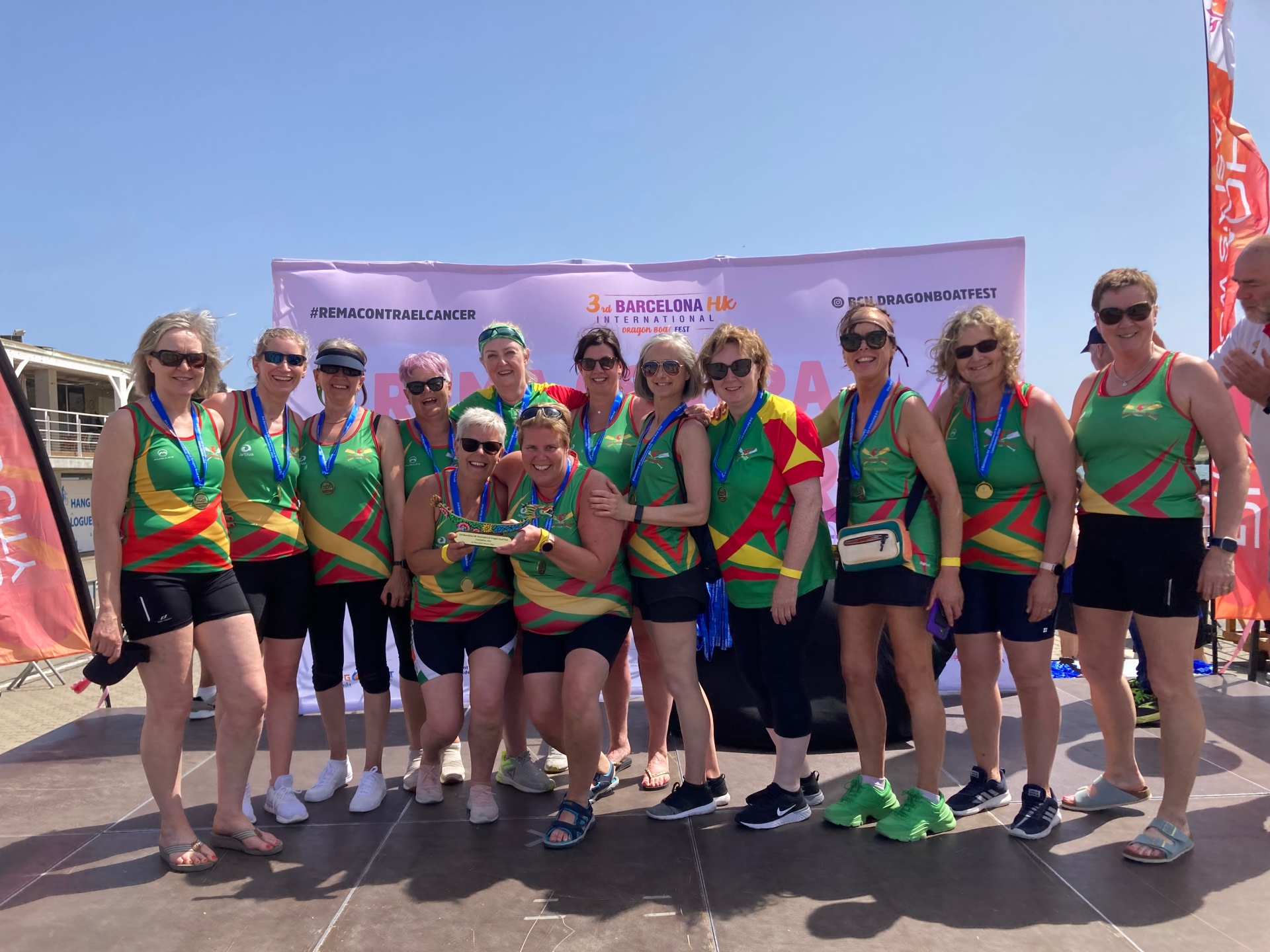