Toronto Film Festival: 10 days. Over 200 movies. You are going to have to choose and choose carefully. After two years of Covid-19 restrictions and online “virtual film festivals”, TIFF returned in 2022 for a full in-person show. The stars were back, the places were full and the sponsors were happy. Here is what I found; Taylor Swift has been praised for shooting her video on film, two films (MY POLICEMAN, don’t worry darling) star singer-turned-actor Harry Styles and more. (You know it’s an odd year when WEIRD: THE STORY OF AL YANKOVIC has jam-packed press screenings). But he did. So I went next door and found a great Brazilian movie (more on that below). Here are the most talked about… 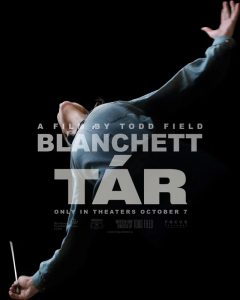 After sixteen years, writer/director Todd Fields (SMALL CHILDREN) came back with TAR starring Cate Blanchett as a talented and disturbing conductor. Outstanding but exhausting, many used the M-word (masterpiece) and a never-better Blanchett is headed (again) for awards glory.

Steven Spielberg’s semi-autobiographical film about how he grew from an ardent fan of THE GREATEST SHOW ON EARTH (and THAT train wreck scene) to the filmmaker. Some called him a American Cinema Paradiso, some called it too long (two and a half hours) and most called it comforting. Spielberg played down that it was the story of his life, but it was learned that he paid attention to every detail to get star Michelle Williams to adopt the pixie haircut her mother had in the ’60s. Spielberg also hit the town personally, his first time with a film at TIFF.

Darren Aronofsky (MOTHER!, THE WRESTLER) tones down his usual histrionics for this almost scenic tale of an extremely obese man’s attempt to reconcile with his daughter. While he’s an effective tear-jerker and star Brendan Fraser is fantastic, many wondered how Aronofsky could contain himself. 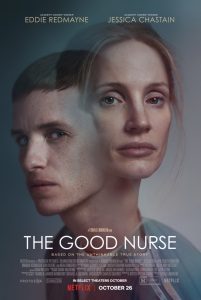 A true drama about the euthanasia of a nurse gets the premium Lifetime cinematic treatment. Maybe all the excitement was over with Jessica Chasten and Eddie Redmayne. They’re both fantastic, but you have to sit through plenty of “bad cop” scenes, slow pacing, and wispy photography (all the hot colors were apparently left on the cutting room floor) before you outrage.

Colin Farrell and Gleeson star in Martin McDonagh’s period drama about a friendship gone wrong in Ireland. Everyone loved these two actors and their chemistry in the 2008 cult classic IN BRUGES (also written and directed by DcDonagh) and they loved them here too even though they both play very different characters. One of the unmissable successes of the festival. 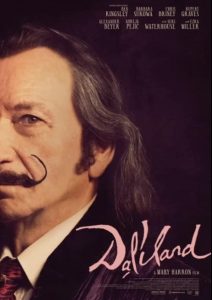 Painter Salvador Dali’s savage era in 1970s New York gets over-the-top treatment on the big screen in this film directed by Mary Harron. Having already targeted the art world (I SHOT ANDY WARHOL) many expected more from the somewhat conventional film. Fortunately, Ben Kingsley as Dali and Barbara Sukowa as his wife Gala rise above the material. (Which is oddly structured like CABERET; an attractive foreigner is drawn into a decadent art world, will his morals survive?) It doesn’t help matters that we never see a Dali painting (apparently, they couldn’t get the rights), it’s like that David Bowie STARDUST bio-picture where they couldn’t use his music and the movie fell flat. Still, Kingsley is clearly having the time of his life, it’s no wonder he said in Toronto “I found my (King) Lear!” 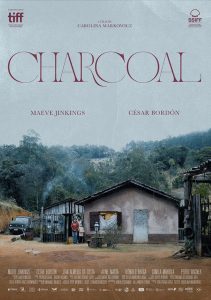 Stunning drama with serious black humor set in the Brazilian countryside of São Paulo. In the shadow of a charcoal factory, a poor family struggles with poverty, the local gang, and themselves. Nothing is quite as it seems after they agree to hide a local chief for money. To say more would spoil the surprises, one of the best finds of the festival. Unsurprisingly, one of six films shortlisted to compete for the Best International Film award.

Stephen Frears’ new take on the legend of Richard III and his remains via a historical dig featuring the ever-reliable and playful Sally Hawkins. The reviews weren’t kind (Frears can be hit and miss but still a festival favourite) despite a great story idea from Steve Coogan and Jeff Pope.

New Zealand action drama detailing the outrageous 2007 police raids on an Aboriginal community. Fans of Fear the Walking Dead will recognize Cliff Curtis, who plays Community Sergeant “Taffy,” caught between aggressive cops and the local Ruatoki community. Things escalate, bloodshed and alliances are broken. It’s a bit too serious in numbers, but it’s clearly a story that needs to be told.

Serious drama about a man released from prison trying to win back the love of his daughter and grandson. Brian Cox plays the jerk, Kate Beckinsale his daughter and newcomer Christopher Convery the grandson. Director Katherine Hardwicke has previously handled coming-of-age stories (THIRTEEN) and knows how to lead big stars (DUSK) but is hampered here by a banal script. Beckinsale is doing her best as a troubled mother, but she looks lost and Cox, who is such a special rotter in TV’s SUCCESSION, probably thought this was her chance to GRAN TORINO redemption from the public. The audience groaned at the adorable counter-morales and the bikers were partly funny.

Based on a clever and hilarious four-and-a-half-minute skit from 2018 about how African Americans are always the first to die in horror movies, maybe it should have stayed that way. The jokes wear off after about the first half hour and the screening I attended had a lot of outings. The cast, including Antoinette Robertson, Dewayne Perking and Grace Byers, are so up for it even though I had to stay until the end.