As the first day of Boston Calling drew to a close, the wait at the Green Stage intensified for the festival’s first headliner: Nine Inch Nails. The rock project, which started in Cleveland, certainly drew the biggest crowd of festival-goers, all eagerly waiting to see producer and chief curator Trent Reznor – as well as the musical Avengers he would assemble for this live performance. (Reznor has a history of constantly changing his backing musicians on tour).

With Atticus Ross as the only other official member, the band’s touring roster remains a mystery for each tour. This time around, it featured Robin Finck on guitar, Alessandro Cortini on bass and Ilan Rubin on drums: the show promised to be one for the books.

The road to their performance at the festival was strewn with obstacles. Not only did the band step in for the Foo Fighters – who were originally scheduled to headline Friday before the who passed from drummer Taylor Hawkins – they would also continue to cover the Saturday headliner instead of The Strokes. With less than an hour until their Friday performance, Boston Calling made the following announcement to festival-goers: “Due to a positive case of COVID in The Strokes, which was scheduled to headline Saturday, May 28, the band will not will no longer be able to perform at the Festival. Tonight’s headliner, Nine Inch Nails, will headline a second set…”

The spotlight is on frontman Trent Reznor, the songwriter and producer of Nine Inch Nails, on Boston Calling Friday. Courtesy of Alisa Regassa

Not only was the announcement a shock for festival-goers, but also for Reznor. “We are very happy to be here with you tonight,” he said, “relentless in the face of the pressure of endless bad news.” The crowd’s appreciation continued throughout the set, and there were numerous times Reznor expressed that he was “really grateful” that the fans were there with him that night.

The change in performance was very obvious: knowing they had tomorrow’s second title, Friday’s performance felt like a prelude.

The scenography was identical for both days; cages interspersed between each of the musicians, beams of light emanating from between the bars projecting the crowd in gray tones. Colors changed according to theme, with dark blue and pink iridescent backgrounds for sore tracks like “Only,” while red strobe lights left a carnal afterimage effect during their more sultry songs, like “The Perfect. drugs”. The industrial beams were a direct reflection of the industrial rock genre that Nine Inch is known for: that heavy, reworked, grunge instrumental sound featured on songs like “The Hand That Feeds” and “Every Day Is Exactly the Same” from the album . “With the teeth.” When interspersed with their more synthetic, experimental and transcendental sounds like “Closer” and “Hurt”, from their album “The Downward Spiral”, the whole thing comes together to be soulful and introspective but not overly dark, the lyrics resonating with echoes audio. 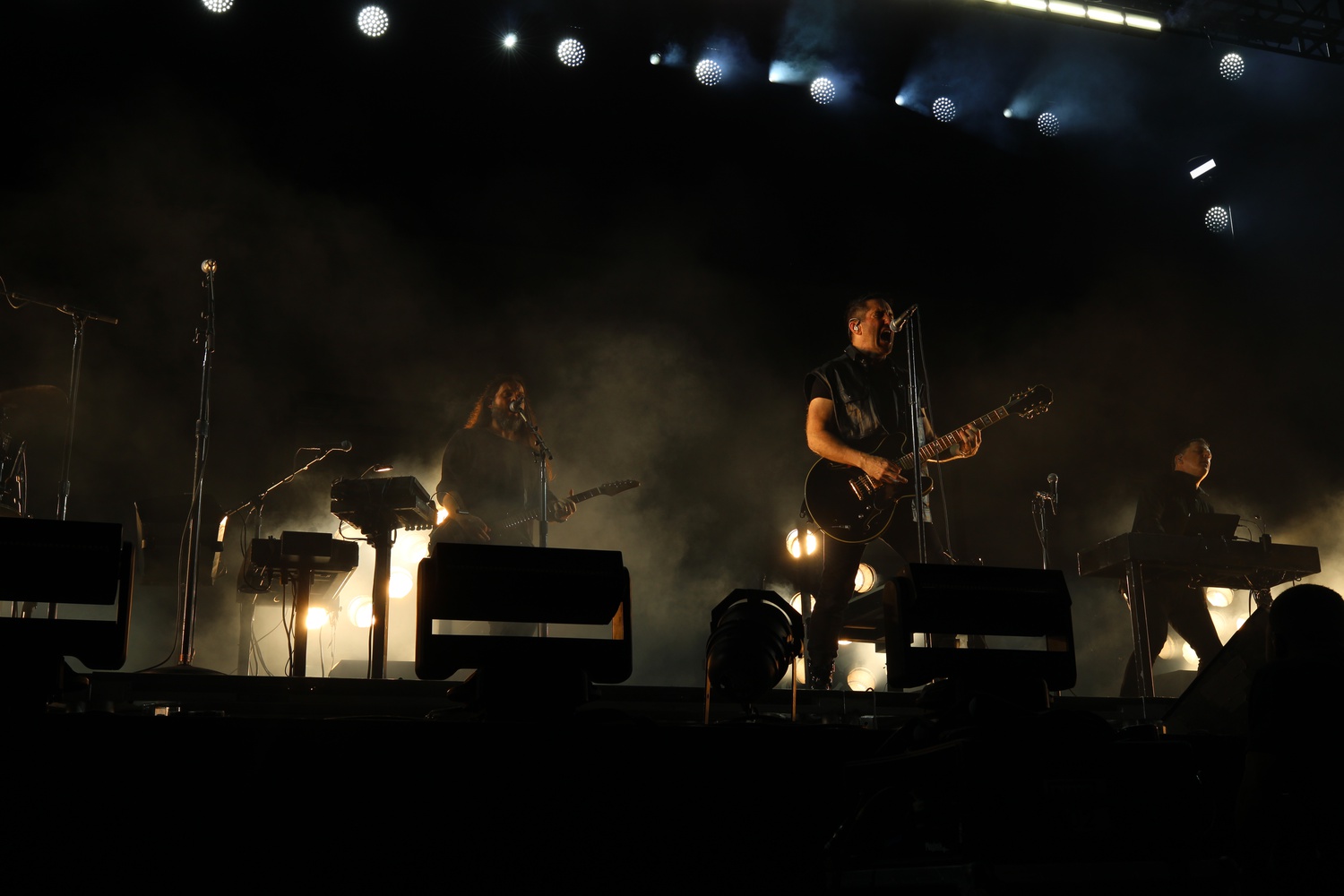 Day one fans were treated to debut album “Pretty Hate Machine,” crowd favorites like “Head Like a Hole,” which was full of instrument-heavy interludes where guitar and drums played one another. against the other. Playing for over 40 years, the musicians behind these instruments have also put on a show. As a seasoned performer, Reznor commanded the audience in quiet solo moments, silencing the crowd with a simple snap of his fingers. He proved to be a hard worker on stage, holding notes until his voice strained with exhaustion. As quite an emotional performer, Reznor could often be seen crossing his arms behind his back during dark interludes. The band joined in the act with their hands raised to hype the crowd during their cover of Bowie’s “I’m Afraid of Americans,” as the themed stage lights flashed red, white and blue. Rubin worked exceptionally hard to deliver an impressive drum solo that drew cheers from the crowd as his curly hair bounced with the beat.

As the rhythmic, drum-heavy dance beat rocked the crowd during “Sanctified,” the LED screens projected the band into a chiaroscuro shadow on the wall, a malevolent and sinister feel that matched the lyrics “Heaven’s just a rumor she’ll dispel.” The lights turned to the audience to sing along with the chorus, prompting literal head butts. The effervescent quality underlying these tracks was accentuated by the dark closing notes of “Hurt” which echoed for minutes as people exited the stadium.

When they returned on Saturday, Nine Inch Nails had something to prove – and it was evident in their setlist. While Friday’s set was more or less synth-based industrial rock, Saturday’s variety was much more diverse.

Perhaps it was due to the addition of some of their more recent work, like 2018’s “God Break Down the Door” – which took the crowd by storm even though the track couldn’t sound more different and different. unique from the rest of their discography. 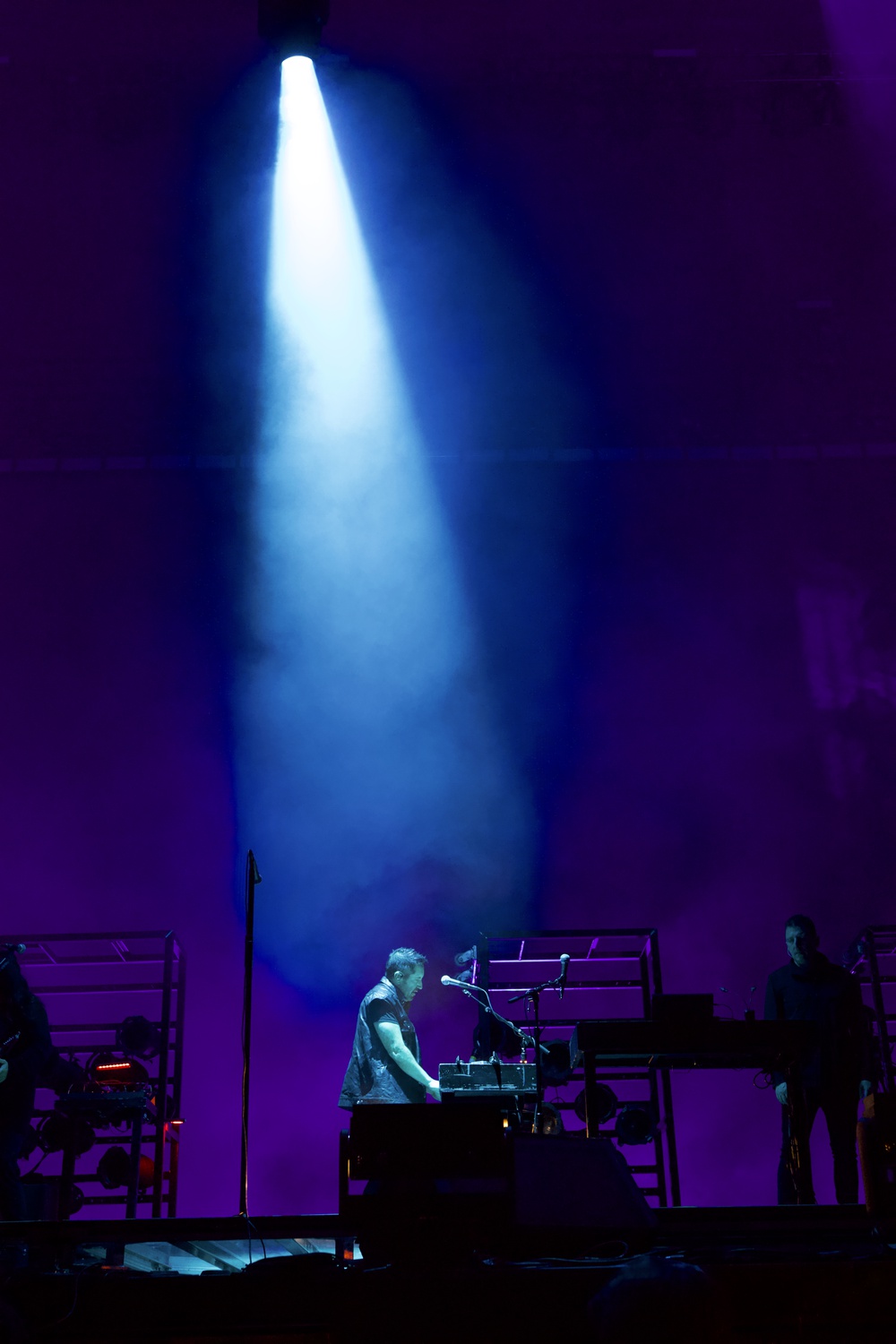 The effect was undeniable: Nine Inch Nails brought new energy to Saturday’s performance, picking up where they left off and adding new spice and intensity to their setlist. They made it a more upbeat and impactful overall performance.

Reznor himself felt revitalized, stealing the show with his energetic vocal delivery of the punchy lines while picking up a tambourine to contribute the beat to “Every Day Is Exactly The Same.” The band were on the mission as well, with the steady escalation of the drum beat driving the tempo of the guitar and keys, their cumulative sound being snappier than the recorded version. Even the lights felt more dynamic during songs like “Suck,” where the spotlight turned to shine on the crowd in the echoing question “How does it feel?” and interact with the Boston crowd throughout the show.

Instead of bringing a defeated or tired attitude to their set, Reznor would dish out good-natured banter to the crowd like “It’s probably a good time to mention that we’re not The Strokes”, and that the festival “don’t can’t fuck get rid of us. He took a moment to reflect on his career, noting his humble beginnings recording “Pretty Hate Machine” in Boston. “If you had told me at some point that we were the reliable band, I would have said you were crazy,” he said with a laugh before adding jokingly “so if you have a party of birthday or a bar mitzvah…” 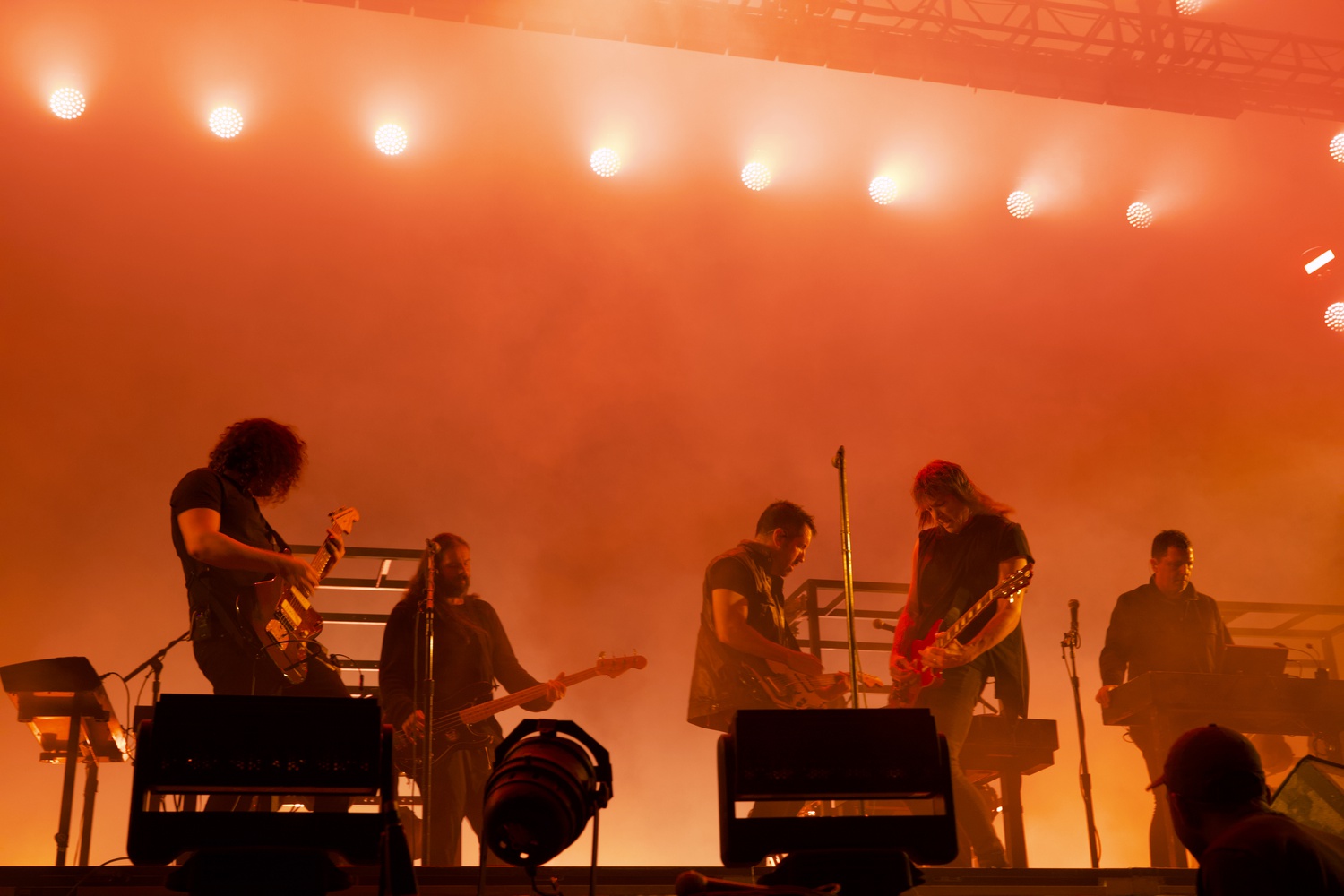 Although nothing overtly changed in their set, the band’s energy was completely different the second time around. Even playing the same finale songs from the night before in the exact same order, the performance was so energetic that it revitalized the audience, making the finale even grander the second time around.

Boston Calling saw Nine Inch Nails accomplish the impossible this past weekend: Despite bad weather and Covid hiccups, the Boston crowd weren’t disappointed. Even for the festival-goers who attended both evenings, it was not like going to the same concert twice; it felt more like a two-part narrative that complemented the ever-changing sounds the band is known for.