The ninth Wuzhen Theater Festival is scheduled to run from November 25 to December 4 with the theme “Abundance”.

Wuzhen, in the northern suburbs of Zhejiang Province, is an ancient water town with well-preserved 16th-century buildings and stone bridges – a perfect setting for theatre, literature and art.

The festival was founded in 2013 by culture tycoon Chen Xianghong, Huang Lei, Stan Lai and Meng Jinghui. At first, skeptics thought it was just another utopian idea that people had because they were passionate and generous.

But they all turned out to be wrong. The theater festival has given new impetus to this water town and made it a popular place to visit for tourists. 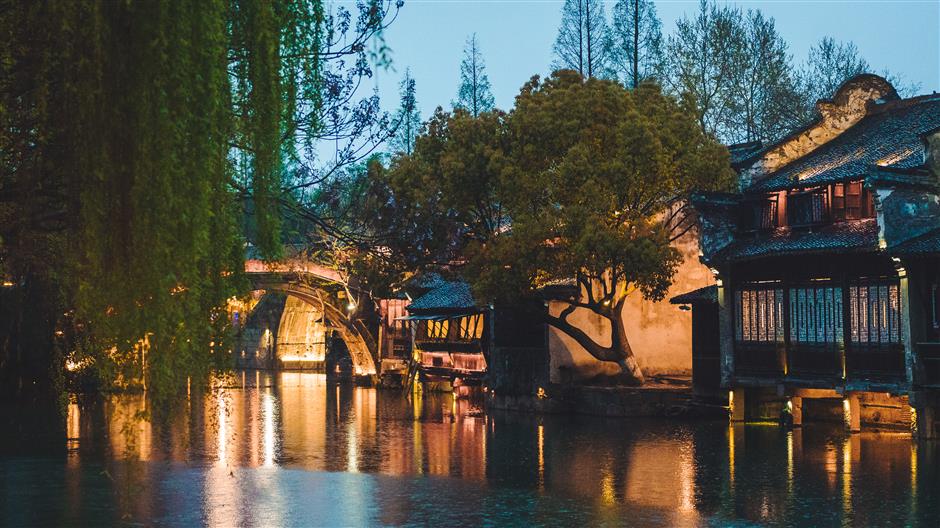 Shanghai Daily caught up with Qiu Jianwei, deputy director of Culture Wuzhen Co Ltd, who has been involved in the festival for 18 years.

1. Before the festival dates were announced, many of us thought that this year’s Wuzhen Theater Festival would be canceled due to the pandemic. Have you also feared such an eventuality?

In fact, the preparation for this year’s festival started much earlier. In fact, shortly after the end of last year’s festival. We were thinking about how to enrich the new edition this year. So we had plenty of time to think about how to incorporate new content into it, including the influence of the epidemic situation and epidemic prevention practices.

2. Since the outbreak of COVID-19 in 2020, the number of visitors to Wuzhen has dropped sharply. But, at the same time, new hotels and theaters were built to make Wuzhen a “utopian land for theater and art”. How can you guarantee the quality of the theater festival, especially in a rapidly shrinking tourist environment?

Admittedly, the tourism and theater industries have been among the hardest hit by the pandemic since 2020. Wuzhen has also adapted to seek a new path, especially when routine epidemic control is a must.

Since the launch of the festival, the quality of foreign drama has always been a consideration. Based on the existing sections of Specially Invited Play, Emerging Theater Artists’ Competition, Wuzhen Dialogue and Outdoor Carnival, we launched “Wuzhen Theater Market” last year, which merged music, pop art, installation, exhibition, film, reading, market, and food all together.

This is a new location outside the theater and has been well received by visitors. This year again, we will explore new ideas, but we are keeping it a secret for now.

3. This year’s theme is “Abundance”. How do you interpret it?

In good or difficult times, diligent or thrifty, we try to cultivate rather than worry too much about the harvest. The theme is actually about a way of thinking, and it tells people who are involved in acting to take care of themselves and worry less about their own gains and losses.

4. Due to COVID-19, will the number of foreign pieces in Wuzhen drop this year and put more emphasis on young Chinese designers?

Last year we screened eight plays from six major theater festivals around the world. Also this year we are planning something similar due to the epidemic situation.

In recent years, the younger generation has shown great enthusiasm, which has energized the theater market with the emergence of a group of young talents. We hope that the Wuzhen Theater Festival will not only become a platform for exchange between East and West, but also become an exhibition medium for the “young fresh faces” of Chinese theater.

5. Shanghai went through two months of lockdown. How can the Wuzhen Theater Festival deal with such a situation?

The Wuzhen Theater Festival has adopted a series of epidemic prevention measures. Temperature taking, health checks, wearing a mask will be made compulsory, etc. Our priority is to ensure the safety of every visitor who comes to Wuzhen.

6. The most fantastic and beautiful moment is when a dream begins. This year is the ninth Wuzhen Theater Festival. What is the biggest challenge for you and your team?

We have successfully hosted eight editions of the festival. Over the years, many such theater festivals have sprung up in China to meet the demand and passion of young theater enthusiasts.

The Wuzhen Drama Festival mode has been widely quoted and copied, which may lead to a problem: consistency. So it’s hard for us to break stereotypes, do more cool and interesting things, and lead a new kind of cultural tourism.

7. Can you use three adjectives to describe the Wuzhen Theater Festival?